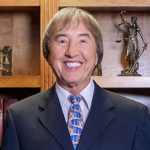 Edward Unsell has led one of the most distinguished and diverse legal careers in Southern Illinois. Beginning with his own solo practice in 1981, Ed became knowns as a formidable general litigator. As a general litigator and trial lawyer, he handled many types of matters involving workers compensation, personal injury, divorce, and criminal defense. Ed has litigated both criminal and civil matters to jury trial. During his days in general practice, Ed successfully litigated hundreds of criminal and family matters for his clients.

While making a name for himself as a criminal defense and divorce law, Ed began taking on more workers compensation and personal injury matters. These injury cases initially came from past clients. Soon other lawyers began referring Ed injury work, and for good reason as Ed has secured millions of dollars of compensation for his clients. He continues recovering compensation in wrongful death, serious injury matters, and workers compensation claims. For instance, Ed secured $1.5 million dollars in compensation in a case where two Chicago-based personal injury firms turned down the representation. In another matter, Ed was instrumental in forcing a county jail to pay nearly $500,000 in damages to the family of a man who committed suicide while incarcerated.

While Ed has always enjoyed learning different areas of litigation, the cornerstone of Ed's practice for the last twenty years has been workers' compensation. Ed's zealous representation of workers injured on the job has led to his reputation as being one of Southern Illinois' most notable workers compensation lawyers. His notoriety was earned arguing many cases before arbitrators and the appellate courts. In a recent workers compensation case, Ed secured over $200,000 for the victim of a disputed workers compensation claim. This compensation came when Ed, armed with a superior understanding of the facts, convinced the insurance company's expert of that Ed's theory was the correct.

With an uncanny ability to anticipate the opposing side's plan, Ed is able to resolve many matters in a fraction of the time it would take other lawyers. As such, Ed leads the litigation law firm and actively participates in most matters within the firm. He does so while keeping his own caseload and files. And while the legal industry is constantly changing, one constant for the past forty-years is Edward Unsell's unparalleled track record of results for his clients.